Hybrids will present a selection of wall-mounted installations from six different series from 2010 to 2017.

Over the past four decades, Rashid Al Khalifa has continuously explored the nature of experientiality of art whilst asserting the importance of its context over art for art’s sake. Rashid has experimented with a multitude of painting styles, including Realism, Impressionism, and Individualism. Over the past decade, he has turned to Abstraction and Colour Field.

In his recent works, Rashid maintains a focus on the aesthetics of what post-modernists identify as re-contextualisation of an art genre. Investigating varying articulations of seriality within his oeuvre, as well as geometry, surface, and colour, the artist creates simple yet deeply resonant works. Rashid’s installations are ‘hybrids’ of painting and sculpture, where he increasingly experiments with three-dimensionality using aluminum, stainless steel, and other mediums.

With the circle serving as a starting point in many of his works, it evolves to become a circular hole in the convex aluminium surface, adding another spatial dimension to his work. In his 120 x 120 cm untitled work from his Into a Different Dimension series, Rashid creates a perfectly circular hole in the middle of the convex square-shaped aluminium, painting the background with blues. The reflective surface draws the viewer in, creating the basis of an intimate relationship with the work.

In the 2015 Shape of Time series, Rashid continues to present variations on the circle and the square. In this series, the artist creates folds with detached sections of the circles, highlighting fragile connections between the shapes. Through these works, the artist presents the viewer with a challenge of entering into a relationship with each piece through a deep understanding of the quiet authority of these works.

Through his research and his three-dimensional works – with seemingly limitless permutations of simple geometric forms – Rashid explores the phenomenological relationship between work, viewer, and architecture. 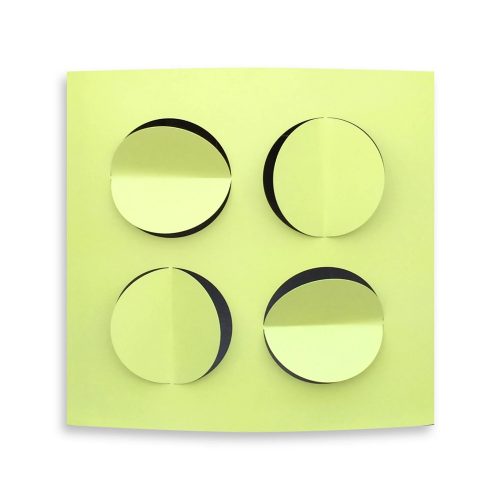 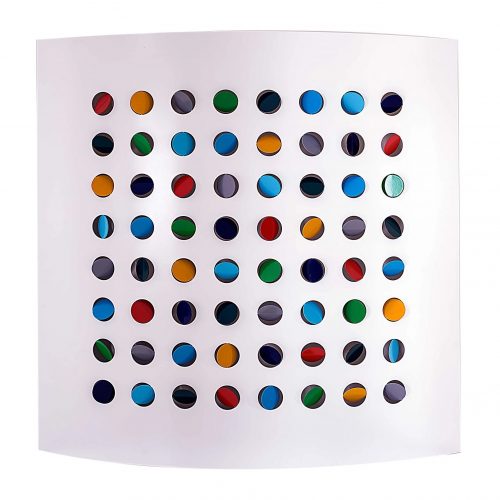 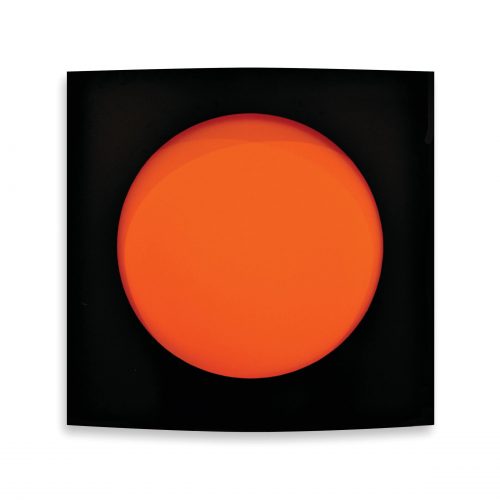 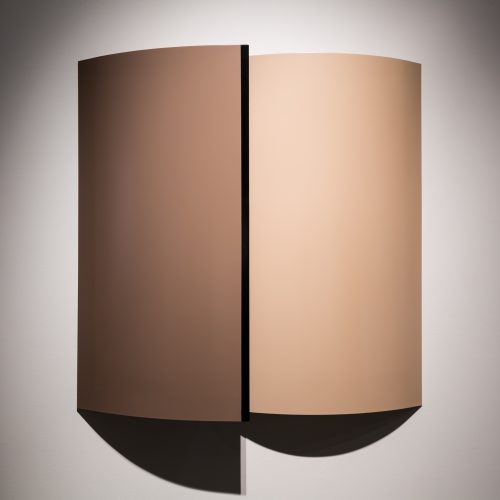 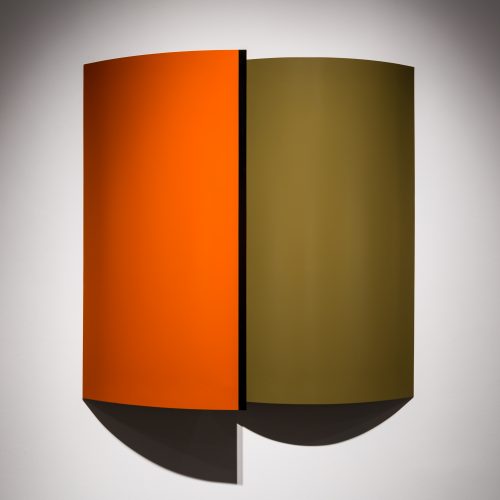 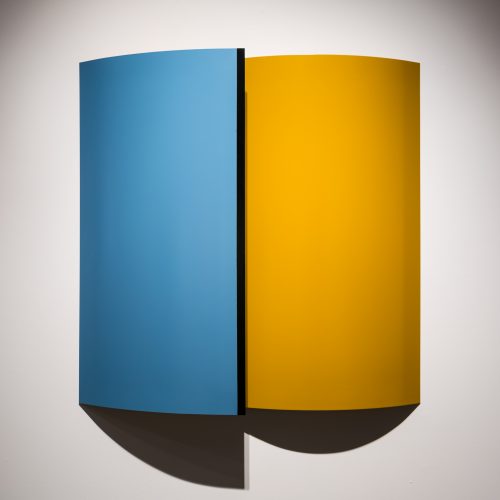 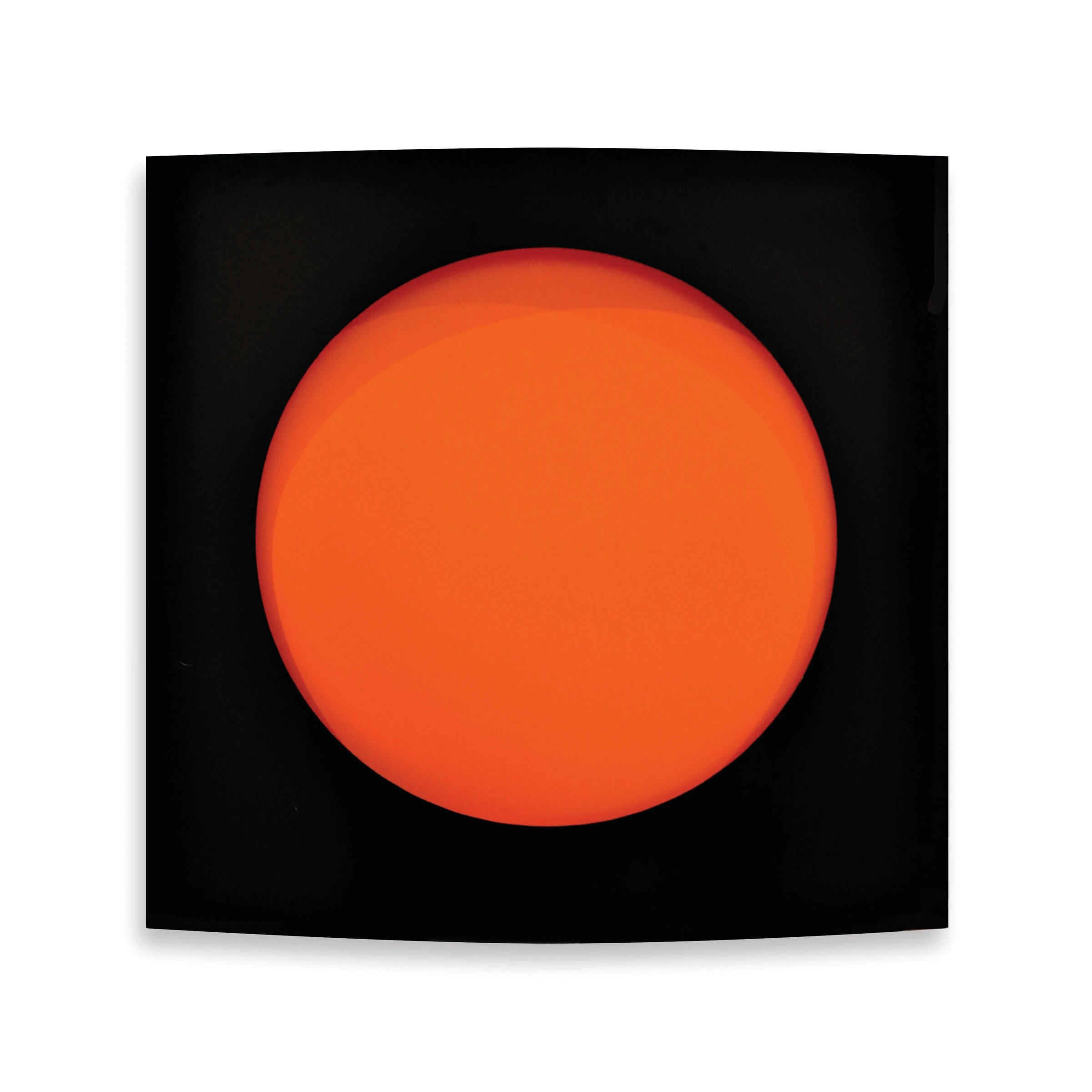 GET A TASTE OF HYBRID ART AT THIS DUBAI EXHIBITION